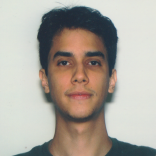 The Fall Trends We Have Seen At The Fashion Weeks So Far – And How To Recycle Your Own Clothes For It!

As the world faces a new wave of conservationism and patriotism, the entertainment industry is showing us that all the voices need to be heard and that inclusivity is key for more and more interesting ideas.

Although there are recent examples that this industry still needs to improve a lot, the content created in the past decade is very diverse and is helping people to look at some matters from a different point of view.

When I started studying Advertising, seven years ago, YouTube ads before the videos were the newest trend. Our goal was to understand how to make people get interested on those five first seconds before skipping it. Then, a few years later, when I started my journey in cinema, the streaming services changed the way films and series were being consumed.

The possibility of having new content on demand and with a monthly subscription was a landmark for the industry, but not only that, was the farewell for some of the older means of consuming films and series. Then, from a simple stream service, the players started to invest in their own content more and more.

Was also when I was in college that matters such as feminism, racism, LGBTQ+ and many others became more and more common. Fortunately enough, those matters became as relevant as they are and they need to be. We saw hundreds of companies changing their work ethic, we saw women having more participation in society and politics, we saw gay rights being approved and overall we became a more tolerant society – specially in western countries.

All those phenomenons contributed to a more diverse industry in terms of content and creators. Nowadays, ideas that twelve years ago wouldn’t even be considered are receiving investment and are being shown at the theatre screen, as well as being produced as original content for the major streaming services.

There are infinite examples of how diversity is now a solid investment and a huge success. Hundreds of series and films were made in the past few years. If you slept for the past decade years or for any reason didn’t know what was going on in the entertainment industry, here are 5 examples of content that you must see that sums up a little bit of what was exposed here:

Mad Men is the nickname of the advertising guys that worked in ad agencies in the 60’s at Madison Avenue, in New York. The series follow some characters while they struggle to succeed in the advertising industry at that time.
The series is an accurate picture of society at the 60’s (and the fidelity is what made it famous and acclaimed). It shows how women were seeing and how society treated them. At the same time, that decade was when a lot of important social changes happened, and all of it is portrayed by the series.
Mad Men shows the deep changes in how the American society used to work and how, little by little, women start getting their space.
TIP: The first episodes and the first season is a real punch in the face because it’s a precise portrait of how society used to work. Give it time for the characters and plot to develop.

BLUE IS THE WARMEST COLOR:

For people that doesn’t fear subtitles, this French film is a masterpiece and discuss love. We follow Adele as she discovers her sexuality and falls in love with Emma.
The film is also a landmark because of how the actresses were treated on set, and was one of the first times a director was investigated for sexual and moral abuse on set.
Blue Is The Warmest Color was acclaimed by the critics and it shows tolerance in its purest form, and also makes us understand throughout Adele’s point of view how all the relationship and the love e relation with Emma evolves.

It’s very important to understand the history of a movement that consequently became part of US history. Harvey Milk was a politician from San Francisco and the first gay man to have a public position in California. Harvey was heavily involved with Castro District, a symbol of the gay resistance in the US until today.
The film shows his story and how he fought incessantly to defend gay rights and equality and the importance he had to the state of California and for the US in general.

Atypical is a series that was recently renewed by Netflix and follows Sam, a boy that is in the autism spectrum and his relationship with his family.
The series is also set in an environment that leads us to think that it’s going to be another teen series. Although, the matters discussed by Atypical are extremely important and relevant.
It shows the difficulties of a family that has a son in the spectrum, his relationship with his sister, how he interacts with society in general and tips on how to deal and understand them.
It also discuss sexuality (Sam’s sister discovering her bi sexuality), life decisions and important transitions (like when Sam has to go to college).

Those are only a few examples of all the relevant new content that was produced in the last years. If you want to check out more of what’s has been done, there are a few links below that will add to what was said.

The 30 Best LGBTQ Films of the Decade (Advocate)

The 20 Most Important LGBTQ TV Shows of the Decade (Advocate)

The 20 Best Black Films Of The Last Decade (Essence)

Transgender Models on The Runway