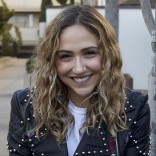 Times They Are A-Changin’

Why is this so important for the fashion industry?

During this year, an overflow of changes in the fashion industry and repurpose of many brands have attracted attention, but I am here to talk about one of the biggest steps that the industry has taken: Inclusion of transgender models on the runway.
Do you have any idea of how big this is for humanity? Fashion shows are known for launching trends, but this season the story was about purpose. Fashion is not fashion if does not represent something bigger because, well, this is a synonym of expression and personality.

The year is 2019 and we are not tolerating discrimination anymore. We are not waving our hands for something that does not have a soul. The world is bigger than that.

Can you guess how many people don’t care about fashion for the simple fact of not being represented? It’s like watching a movie that you don’t like: You endure.

Thankfully, the minorities are gaining a voice and, because they are shouting so loud, their voices are being heard.

Teddy Quinlivan, Valentina Sampaio, and Gia Garrison are just three names of the vastness of transgender models that are beating the runway nowadays. And this number is just increasing!

They are changing the way people should see “supermodel” and women in general. Nowadays, the differences are being more respected and accepted.

We are in the middle of a new way era in which revolutionary changes are finally happening. Having these models in the runway is a way of fighting against the problems the world is facing right now, which goes from prejudiced and conservative governments to equality and sexual harassment.

The women’s body has always been a synonym of desire and sex, and it’s something that, since the 18th century, has been a taboo in our society, especially if we take as an example the study of the feminine body in fashion that exists since that century.

The body in its nature is build up by cultural manifestation, expression, and interaction with the environment. In case of the women’s body, this is intensified by the natural ability to generate life. According to the Brazilian historian Mary Del Piore:

“The identity of the female body corresponds to the balance between the beauty-health-youth triad… these are basically the three cultural conditions of fecundity, therefore, of the perpetuation of lineage. In all cultures, the woman is the object of desire.”

Through the last decades, women have taken more control of their bodies and actions, although, submission and sexualization are still very strong in our society. The inclusion of these transgender models represents the fight for justice and the power of equality.

The fashion world is a universal spotlight on newness and trends. This breakthrough marks down that the power of change is in us and that, even walking in slow steps, the achievements will come and the dream for an equal world is not that impossible.

An Intimate Interview With an Authentic Jewelry Designer

The best gifts for someone that loves fashion like us – Editor’s picks!

The Fall Trends We Have Seen At The Fashion Weeks So Far – And How To Recycle Your Own Clothes For It!

Times They Are A-Changin’